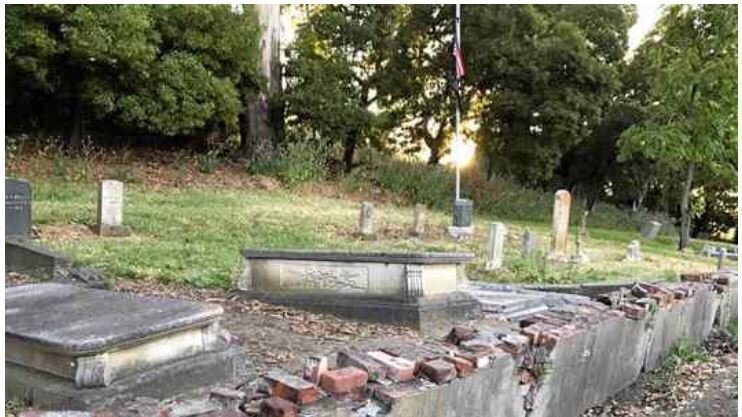 The final resting place of those who sacrificed so much for their country is being neglected and forgotten. Retired naval captain Ralph Parrot has made it his mission to restore the respect and dignity to the oldest military cemetery on the west coast — but he can’t do it alone.

When local resident Nestor Aliga heard about Captain Parrott’s work, he started this petition to get the Veterans Administration to repossess this forgotten place in our Navy’s history. Your signature can help.

After the U.S. Naval Shipyard in Vallejo, CA closed in 1996, responsibility for maintaining the Mare Island Cemetery slipped through the bureaucratic cracks – allegedly becoming the responsibility of the City of Vallejo.

Without a plan for ongoing maintenance from the U.S. Navy or dedicated funding from the city, the cemetery fell into a state of disrepair. Currently, only a small group of volunteers devote time to doing even the most basic upkeep.

Mare Island Cemetery is no ordinary interment park. It’s the oldest military cemetery on the west coast. It’s on the National Register of Historic places. Victims of the U.S.S. Boston tragedy are buried there, as is Francis Scott Key’s daughter and numerous sailors.

But over twenty years of neglect have left the facility in a deplorable condition. Critics point to leaning, fallen headstones. Meanwhile, other headstones and markers are being propped up with stray pieces of wood. All believe our service members deserve better.